some of my operations were closed before to reach the stop loss , I saw how after the market choose the way were my take profit was.

I would like to ask you to allow me to extend the length of the videos, but I wanted to clarify the evidence supporting my case in detail to help you make a fair judgment in this case

I’m a customer at this company several years ago , I did not expect what you will see in those videos of the excesses and errors in the lists sent by the company to customers through its platform known Trading Station 2 , which is always advising customers to use and depend on it

It is known in the forex market and the most important factors of entry and exit from it less losses are places, models and forms of candles and it’s time

FXCM manipulates customers through what comes :

The customer can imagine when he sees the shapes, models and places of the candles that are drawn that these candles indicate a sign of buying or selling while the correct drawing is the opposite of that vision that the company has drawn through the chart

After the customer enters the deal and reopens the platform later, with view of the chart, especially the small frames, the customer finds a complete change in the shapes and models of the candles

Note : The Company offers, through its platform, a chat for buying and another for selling .

If we have activated the purchase transaction, it must pass the candle entry at the purchase price on the purchase chart and it is not necessary to pass the same candle at the price of entry on the selling one

And the opposite is true. If we have activated a sale transaction, the entry candle must pass at the price of entry on the sales chart and it is not necessary to pass the same candle at the purchase price on the purchase chart

3 – The company manipulates the candlestick time on the chart

I continued with the company when I discovered this incident happened on 13/03/2017 and sent them pictures and video clips online and after 11 days of procrastination and irrational speech I made a complaint in the complaints department of the company under # 00419732 on 25/03/2017 Three days later, the specialists in the department responded to the final complaint on 28/03/2017 and their response was that there are no problems and everything is correct
On 28/04/2017 I filed a complaint with the regulatory body subject to which the company (FCA)

On 03/05/2017, the final reply was received from the regulatory authority controlled by the company (FCA), stating that they did not find in the videos sent to them what the company owes

I ask what I get from FXCM :
1 – All my deposits with the company since the beginning of opening my account
2 – Full benefits of the amount
3 – Compensation for the time lost without any benefit
4 – Substitute moral compensation because of the psychological and material stress suffered due to successive losses that the company deliberately caused it with me

Attached is this video links links that prove my words :

All thanks to you

i finaly know why my stoploss always get hit by night ,,, i checked other brokers charts and it’s clear that the US financial authority Stoped FXCM from working in US for a goooood reason !!! because FXCM is a FRAUD and a Big Scam

I have been scammed under the name of FXCM through a guy who represented himself as their representative and forged a contract with a my fake signature that illegally authorised FXCM to over charge me commission. Although I provided them with proofs and the acknowledge that they almost 70k worth of commission has been transfered to this guy. They still refuse to pay me back the commission! Absolute Fraud !

I have initially applied to open an account. Feel uncomfortable declaring my worth online as it was my first option to trade after some workshops. They will reject applications when declared low trading less than $100 usd. lol

I fell to the same trap as JVC described in detail below and many other reviewers as well. I had opened an UK FXCM account in 2012 and funded with 100£, but the account was not LIVE, because was not verified by me (I did not send the proof of the documents ID, etc..), so I wasn’t able to use it. I left the money in the account. In 2017 I decided to check my account and place with a new fund, to my surprise my account has been wiped away and my money has been Stolen!!! They Steal as they Can!!!

Its 8 years since I first opened an account with FXCM. Excellent services in quires replies, withdrawals and homepage contents. Excellent 24/5 chat, you always get someone with knowledge helping you. I give them 5 stars and I am convinced with it.

I believe that FOREX trading is a nightmare… I have been reading about almost all the #1 rated FOREX trading platforms and they all suck… When money is involved in any type of business, you are intitled to getting your money stolen if you dont have first hand on your accountband with FORESX trading you are at the mercy of individuals you dont know… and the only res^ponse you will get is that FOREX trading is high risk and you are the loser. 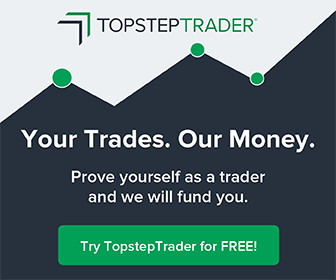